This weeks Disney Princess is very close to my heart.  I am a direct descendent of Pocahontas.  My sister is the family tree expert of my family and has verified our direct lineage from Pocahontas.


The disney version is sweet but the real story happened this way. 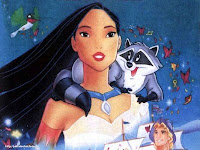 John Smith was injured in an accident and returned to England but Pocahontas was told he had died.  She stopped visiting after that.  Pocahontas was captured and held hostage.  While being held hostage at Jamestown in 1613, she met colonist John Rolfe, a successful tobacco planter and sincere Christian. She converted to Christianity and married him in April 1614.  She changed her name to Rebecca.

The Rolfes had one child, Thomas Rolfe, whom they brought to England with them. When Pocahontas died on the way back, Thomas was also sick, and was left behind to be raised by relatives. John Rolfe would never see him again.

So here is the pattern for this week - hope you like it.  You can find the pattern on the Disney Princesses page or at fandominstitches.com. 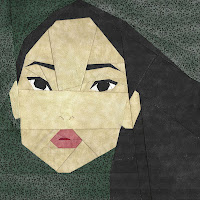 Posted by Michelle Thompson at 3:10 pm

I do not hold the copyright on any of the fandom titles represented on this website, only on my patterns. Please use them only for personal and non-profit reasons. I receive no payment for fandom patterns posted here and do not want to be sued. No copyright infringement is intended.